The 4th partnership meeting of the PROFARM project recently took place from the 23rd to the 25th of April in Zwolle, the Netherlands. The first day was dedicated to the internal partnership meeting of the project and was arranged at Groene Welle premises. Whereas, the following two days the 2nd international peer-review event took place and was attended by 30 experts from different European countries. The peer-review event was held at several premises, as many technical visits to social farms were arranged. The latter was very interesting, as the PROFARM project is currently in it’s experimental stage. To read more in detail about the meeting in Zwolle, see 4th partnership meeting Zwolle_minutes. See also the official website: www.profarmproject.eu 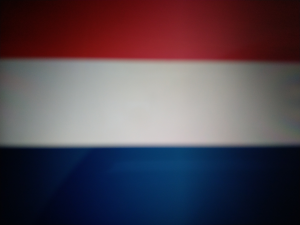 The situation in the Netherlands
The situation of the experimentation in the Netherlands is been created around two main networks, a local one and a national one.
With respect to the local network “Het Vechtdal”, the first meeting was held in January 2017. The visit to this farm, in cooperation with the expertise of the Landbouw en Zorg Overijssel farm, helped the partners to collect useful information for the development of a project plan for the piloting phase.
The situation at national level is very interesting. Partners discovered that social farms in the Netherlands offer several types and combinations of services, both in terms of educational path and care activities. These differences of services and approaches were perceived as a resource to diversify the typologies of activities to be offered to beneficiaries. The first national meeting was held in November 2017 and 20 social farmers participated, sharing their best practices, experiences, and discussing about potential developments.

Anton Kiewiet underlined the key role of the PROFARM project in promoting innovation and innovative approaches in the Netherlands. In fact, the project has paved the path for the development of education farms focusing on sustainability, meaning a prosecution of the activities after the end of the project in December 2018.
Partners will keep on collaborating with the established networks, especially the national one, to develop new formal and informal educational paths to be implemented in the farms. These latter should be called “education farms” and not “social farms”, since the expression “social farms” is already used with another meaning.
The experimentations

Not all the beneficiaries of the PROFARM experimentation have mental/physical disabilities, as some of them are so-called “socially disabled”, meaning people experiencing problems at home and/or at school (dropout, difficult relationships with classmates). At present, 5 out of 10 experimentations have started, 3 are about to start and 2 more will be launched in the upcoming weeks. The “model” applying to these experimentations sees a tight collaboration between the schools and the farms. In fact, the case managers are all teachers from the schools and their role in crucial also in the elaboration of the vocational plans. These latter are developed by the case manager in close cooperation with other two key actors: the student and the school.

The role of the school is also very important when it comes to the decision on how to spend the funds coming from the Municipalities. The Municipality provides the school with around €8,000 euro per student and, in the framework of the PROFARM project, around half of this funding has been devoted to the farms. 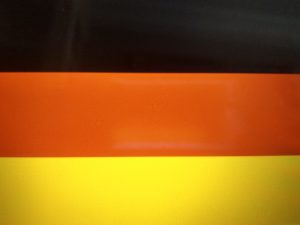 The situation in Germany
Gerhard Herz presented the situation of the experimentations in Germany. He first highlighted the specificities of the German framework, which is divided into two specific systems: the educational one and the social one (a fixed system where all disabled are inscribed). The educational system comprises around 400 different vocational courses, whereas the social system is strictly connected to the national labour agency. For some of the beneficiaries the national labour agency provides funds.

The case managers are located in several parts of the country and they all deal with beneficiaries with mental disabilities. These latter are involved in the so-called “skilled work”, but they are not getting a diploma. With respect to the building of the network, two meetings were held but only some case managers participated.

The beneficiaries of the intervention are trained as skilled workers, and they are assessed with a particular instrument – similar to the matrix and the bilan de competences used in the PROFARM project – when they step in the path, and then after 3 years and at the end of the training programme. In Germany, beneficiaries do not have a specific vocational plan, but they are all inscribed in programmes. The assessment is functional to the involvement of each beneficiary in the most appropriate programme of training.

A new law is being enforced in Germany, which opens up the social farming sector also to private companies. Moreover, a new law on social inclusion is now under implementation and will change some perspectives of the present system: the focus will be on the beneficiary and on his/her will, with the surrounding environment supporting the personal/professional development of the disabled and the achievement of his/her goals.

In this evolving system, the added value of the PROFARM project is that partners can compare different systems and learn from each other. Moreover, also the different roles of the case managers are a good element for reflection.

The situation in Italy
Altheo Valentini presented the situation of the experimentations in Italy. The key role in Italy is played by the schools, since all beneficiaries are high-school students.
The experimentations entail both positive and more critical aspects:
* positive: long-term knowledge of the students; deep knowledge of families and social contexts; students already involved in an inclusive setting; the partnership between schools and farms is consolidated
* criticalities: some problems experienced with transports to bring the beneficiaries to the farms; sometimes hard to combine school and agriculture calendars; families must be active players and present; sometimes there is a lack of human and financial resources.

General aspects of the networks are:
* farms: they demonstrated high interest in the project; 5 farms are involved but only 2 are already multifunctional
* PROFARM network: the co-planning process was facilitated by the training for case managers; only 4 out of the 6 local networks activated then decided to participate in the experimentation phase
* beneficiaries: most of the beneficiaries are affected by mental disability; 15 experimentations were confirmed/started

The regional experimentations are divided as follows:
– Foligno: 5 users
– Todi: 6 users
– Spoleto: 1 user
– Gubbio: 3 users
Experimentations all started between April and May and there is a high percentage of male beneficiaries.

Finally, we are in progress of video taping the experimentations through the #PROFARMVIDEOCONTEST  !!!