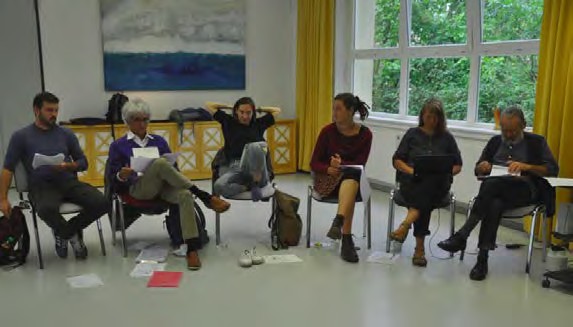 The third PROFARM German network meeting took place on September 6, 2017 at the “Werkhof” in Kassel.  The Case Manager – this is the language used by the Italian-Dutch-German EU project PROFARM process facilitator, plays an important role supporting people with care needs starting up their careers. It involves quality assurance and accompaniment, and the case manager doing this task can come from very different professions: e.g. farmers, social workers or educators. While the project partners from the Umbria region in Italy are just beginning to invent the image of such a process facilitator, they exist in the Netherlands and Germany. 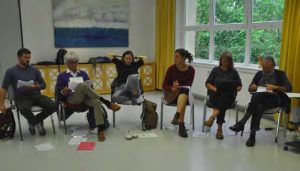 There are many approaches involving Case Management, without having a single professional definition. Against the background of the Federal Incorporation Act, however, the issue of the EU project is also unexpectedly up-to-date for Germany. There is a real chance to work out the success factors for successful accompaniment of young people needing care in social work fields by Case Manager quasi-obstetrics.

As part of the PROFARM project, a workshop had been held at the end of June for the case managers involved in the project in Italy. This workshop followed a previously completed video introductory course and included several lectures and panel discussions. A report on the meeting formed the start of the meeting in Kassel.

The German system can be summarized as follows: Anyone who wishes to be admitted to a workshop for people with disabilities must go through the “integration procedure” and the “vocational training area” 1 (“EV-BBB”). This structure is obligatory in Germany.